LIVERPOOL, ENGLAND - Sunday, April 22, 2012: The Little Girl Giant, a 30ft tall marionette, walks through the streets of Liverpool as part of Sea Odyssey - a Giant Spectacular. Two marionettes controlled by lilliputians, a driver and a girl, his niece, roam through the city's streets looking for each other. The free event, organised by French company Royal de Luxe is one of a series of events marking the 100th anniversary of the sinking of the Titanic. (Pic by David Rawcliffe/Propaganda) 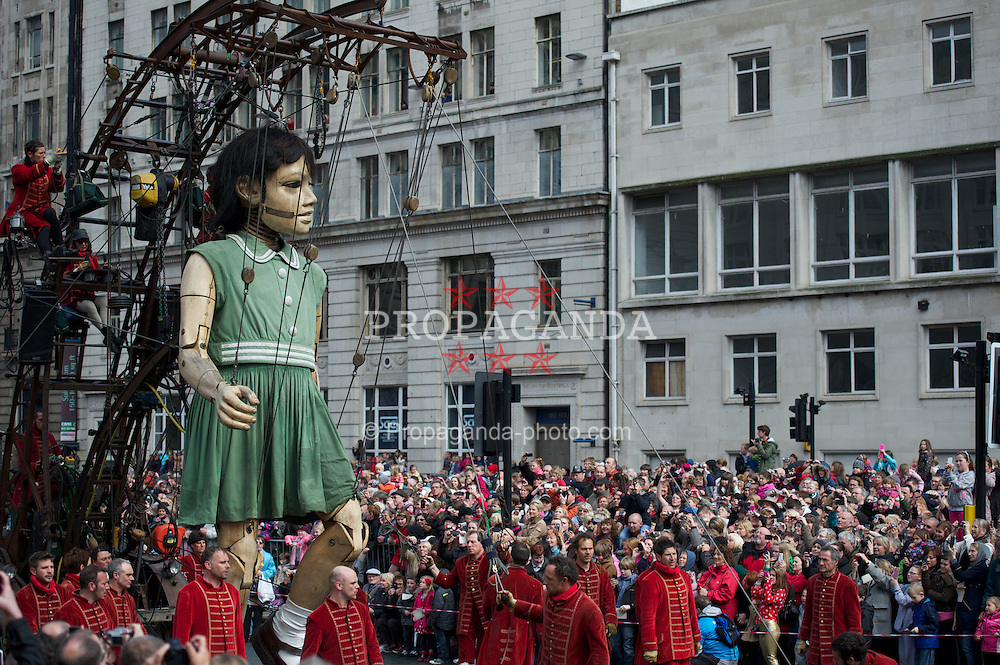