Liverpool, England - Wednesday, June 13, 2007: Bjorn Borg on a rainy and wet centre court at Calderstones as he is interviewed by Radio Merseyside's Alan Jackson and a fan during action on day two of the Liverpool International Tennis Tournament. Bjorn was scheduled to play his first match on grass since 1981 but was forced to withdraw after a dog bit his leg. For more information visit www.liverpooltennis.co.uk. (Pic by David Rawcliffe/Propaganda) 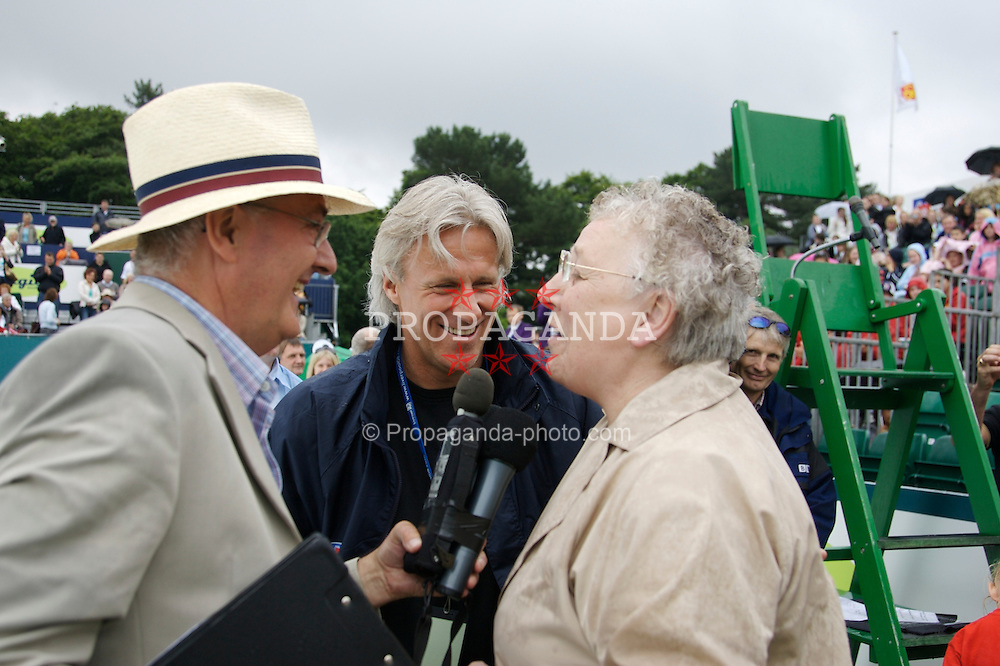